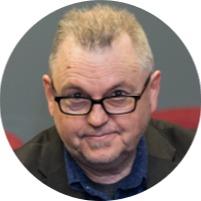 I am a USW (University of Glamorgan) graduate who has taught in the institution since graduating as a a mature student in 1996. My area of expertise is in Film and Television Studies and I have been module leader on a variety of modules on the Theatre Media Drama, Film Studies and BA Cinema awards.

My research interests are overwhelmingly in Welsh cinema and Television. I have a number of published chapters in edited collections in the following areas; Welsh sit-com, Welsh Cinema History and the relationship between Welsh and English language cinema culture. Running through all this is the thread of class and representation.

This a topic that forms the basis of my research work at Royal Holloway, University of London, where I am in the closing stages of a PhD on the Welsh working class in film and television.

My secondary area of research is in popular music and I have published on David Bowie and the pop video and created Podcasts on Bowie and Mark E Smith.